Townhouses, churches and even factories expose the identity of a place to the world; without preserving history, we lose our cultural identity and much of ourselves.

The other day I saw on Twitter from a colleague some images of the facades of a building constructed in the early twentieth century and whose historical value, although evident, did not prevent total disfigurement, transforming it into a grotesque building, which looked more like a shoe box bumpy. The original facades, which were full of different ornaments, with tall, slender wooden windows, were replaced by a hideous floor tile. Some readers may be wondering why should we be concerned with old buildings? Preserving history for what? A townhouse, a church, a factory, a square, an entire neighborhood bear on the image and expose the history of people who lived in these places in the landscape. Their stories are all there, showing themselves in every detail, as if reminding current residents, the way they lived, worked, studied, and lived our predecessors, what their daily routines and social behaviours were. They remind us that much of what we are today we owe to all of them.

This is what we call memory. Each of these elements is a kind of link that connects us to the past, reminds us of who we are and where we came from. Each built space materializes the history of countless generations and brings, precisely for that reason, our history. Without the preservation of material (its artifacts) and immaterial (its stories and values) history, we lose our cultural identity and much of ourselves. But why is it that the de-characterization and demolition of Brazilian architectural, urban and landscape assets is so frequent? Any traveller loves to post photos in front of cathedrals, old buildings and squares of countries whose population and governments have public policies and financial incentives for the conservation and preservation of architectures and places built throughout an entire process of historical formation. My Greek ancestors, despite the economic difficulties that have plagued the country for decades, preserve their history through its monuments. Much of the country’s economy comes from tourism, which exposes its traditions and values ​​through architecture, its museums – which keep old objects -, from villages built hundreds of years ago, from its happy songs and dances, food, olive oils, wine and cheese. They are proud of their history and what they are. History has shaped them as a society and as individuals.

Although there are still several difficulties in dealing with the preservation of historical and cultural assets, it is possible to make some considerations on the subject here in São Paulo. In 2006, the city’s mayor enacted Law No. 14,223 and Decree No. 47,950, known as the Clean City Law. From it, many facades, previously covered by panels and promotional signs of all kinds, were removed, revealing the beauty of several old buildings that no one knew about. If it was difficult for the owners to work with smaller ads and some adaptations, the city and the population gained identity, as entire streets, built at the same time and with similar facades and volumes, were in sight, presenting the history of the place to all citizens. Associations that deal with communication, and that have the habit of systematically enveloping buildings and facades, try to change the law by complaining that, without the signs, no one sees stores. How can this argument? The population must always keep an eye on these attacks.

Urban development and historical preservation go together and depend on the will of the population and their performance before the government to happen. The definition of the types of intervention that cultural heritage can receive occur at three institutional levels: at the municipal (in São Paulo, through Conpresp), state (Condephaat) or federal (Iphan) levels. One of the instruments of preservation is the Historical-Cultural Goods Protection called in Portuguese – Tombamento, feared by property owners with historical value. The fear has its raison d’être: the processes for preservation are long, dragging in some cases for decades, resembling the processes sent to the Brazilian Judiciary; there is also a lack of dialogue and interaction between the three institutional instances, a situation that generates more delays. Have you ever thought about having to wait ten years or more for the appraisal and finalization of a process without being able to do anything with your property? Another harmful factor that can be added is the lack of participation by the public involved in the decisions and the prioritization of technical and aesthetic elements, which make the listed property cease to be a participative and articulated element in the city, losing its symbolism and character urban heritage. Resolutions taken exclusively by technicians tend to dissociate themselves from the reality of the citizen.

Another important issue regarding the preservation of cultural assets concerns the incentive policies for property owners who are known to have cultural value. After all, if the building is listed because the interest is public, the city hall, the State and the Union must offer counterparts, as they are interested in preserving the country’s culture and history. In São Paulo, with the approval of the PDE (Strategic Master Plan) in 2014, the conservation of the listed property becomes a condition for the use of the TDC (Transfer of the Right to Build), one of the instruments that can be used as a tool for obtaining resources for the rehabilitation, restoration, retrofit, requalification, and other projects, depending on the level of preservation of the property. In other words, the entire property has a constructive potential associated with the urban regulations of each city. When a property is listed, it is not able to take advantage of all the construction potential provided for in the laws due to the restrictions imposed by the listing. With TDC, owners can sell the unused construction potential to other properties in the city and invest the resources exclusively in the recovery of their own, as this is money intended only for this purpose. With the resources, it is possible to hire qualified technical labour and suitable materials to restore the property.

Finally, the tipping instrument should be just one of the elements that make up cultural preservation policies, but that is not always the case. When going through the restoration process, the works must comply with the other legal provisions that guarantee the safety and habitability of the building. One example is the AVCB (Fire Department Inspection Auto), a document that certifies the fire safety conditions provided for in legislation whose direct application is not always possible for buildings built in other centuries… Another example addresses the necessary accessibility issues to all areas of buildings. Despite the existing rules and legislation, which must be applied, it is necessary to build adequate solutions for each building in a particular way because the direct application of the law can lead the owner to incur a crime due to the mischaracterization of the property. It is up to the public authorities to resolve this set of issues to collaborate with access to information on existing incentives, as well as collaborate with programs that unify actions and streamline administrative processes and routines in the name of preserving the Brazilian cultural heritage.

The English version of this Report is a free translation from the original, which was prepared in Portuguese. 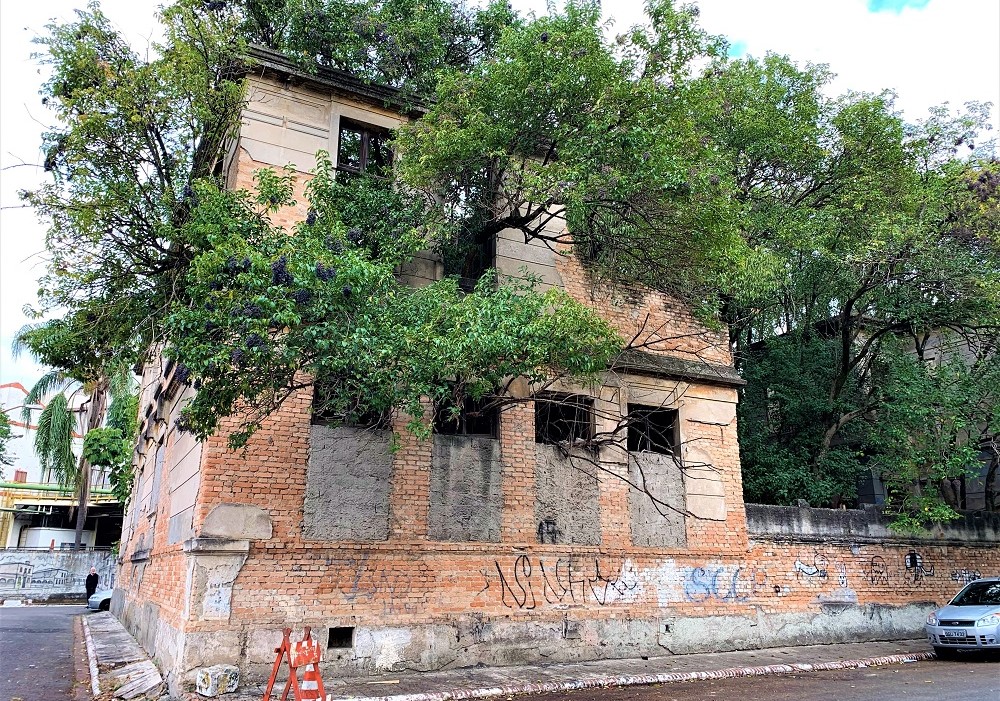 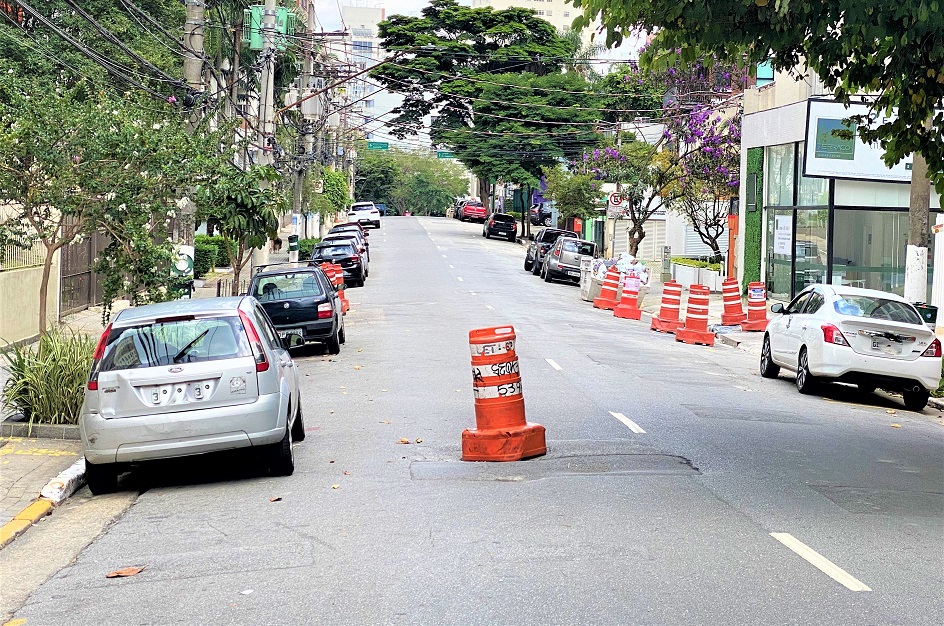 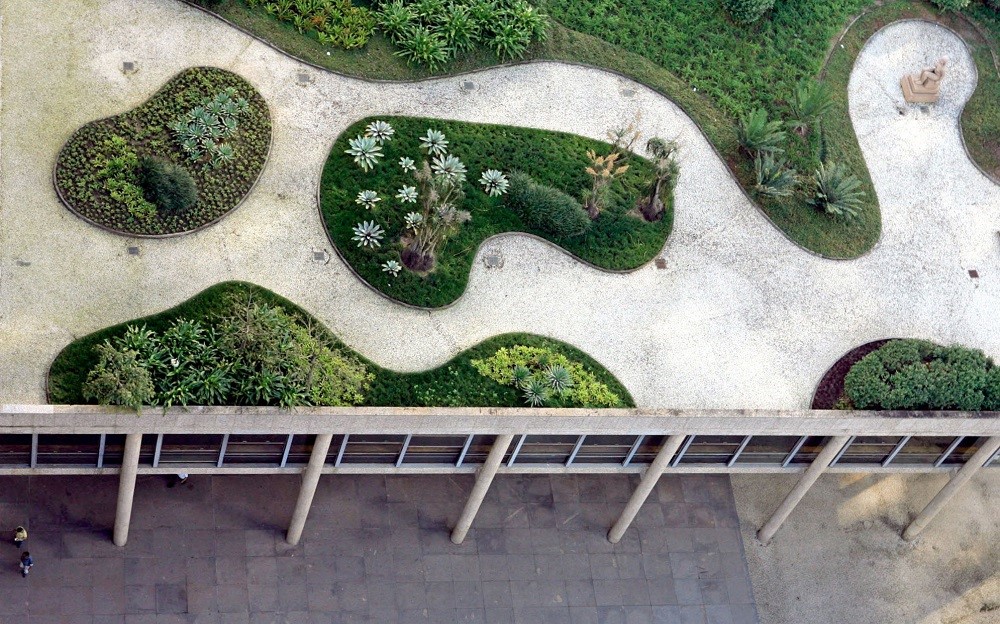 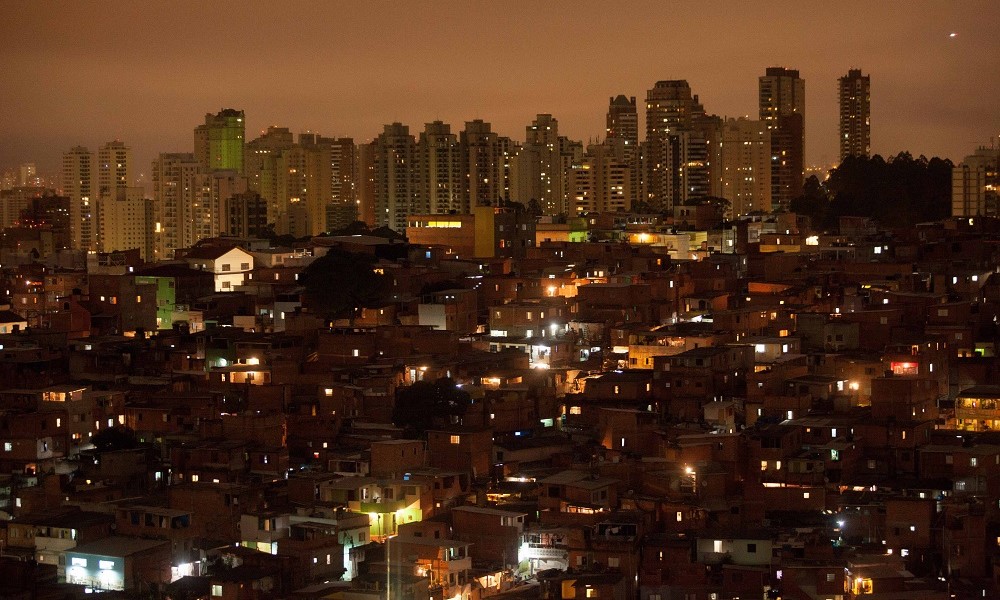 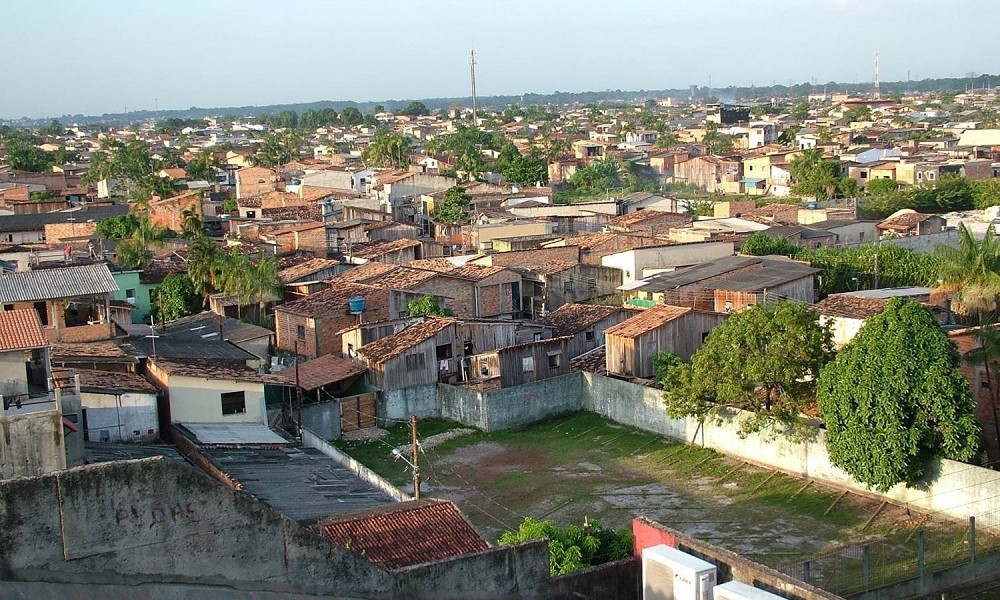 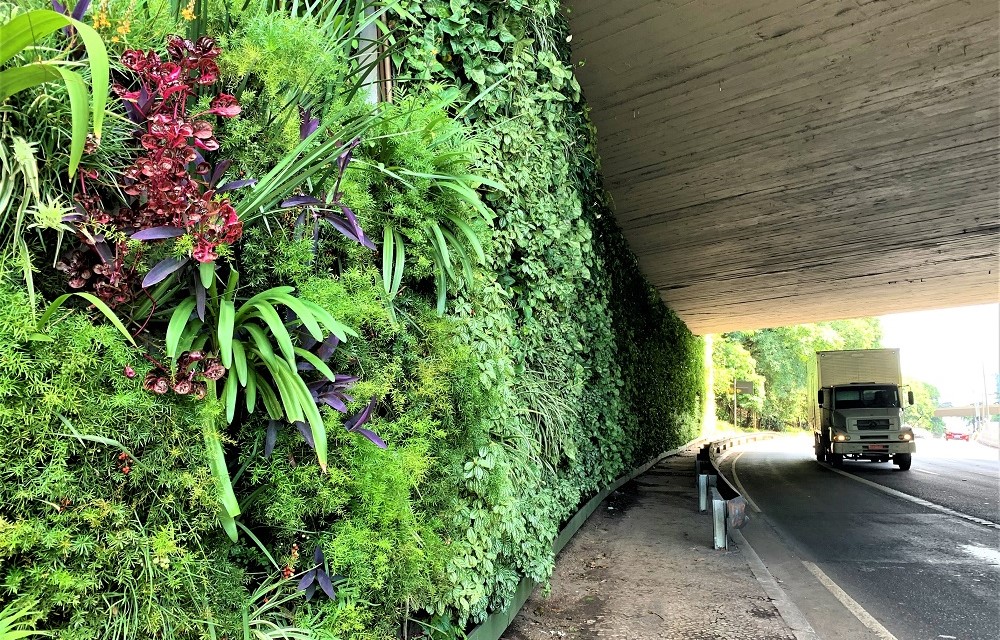 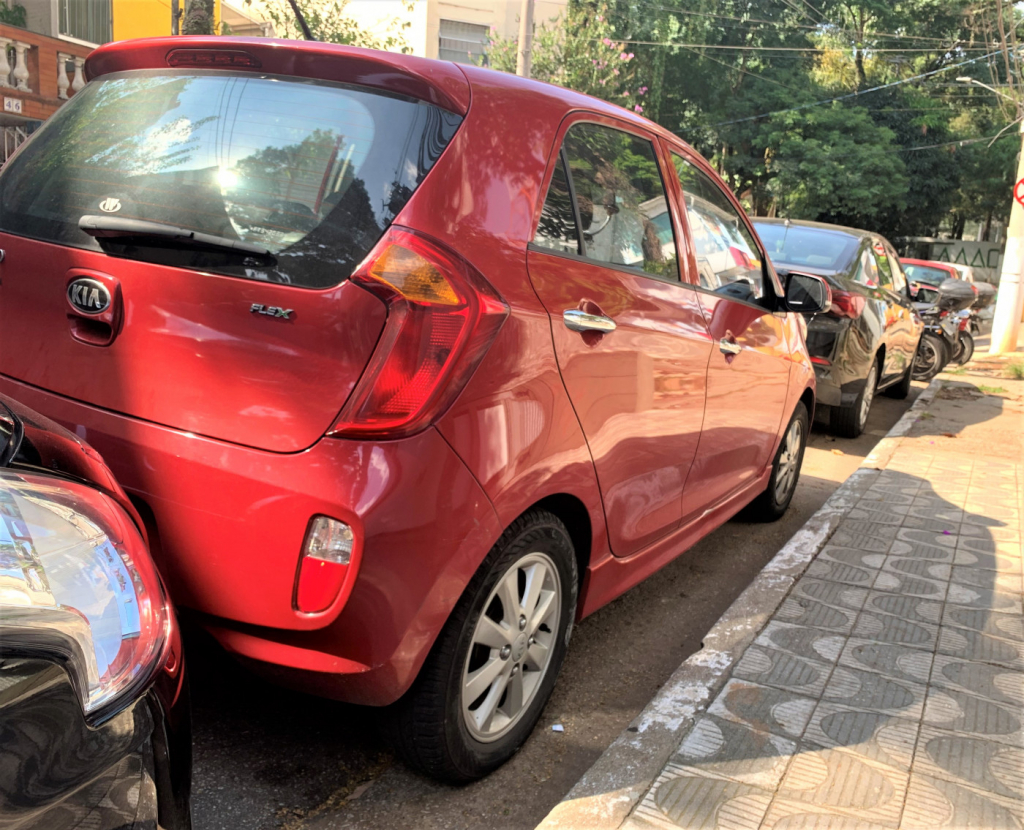